Circulation to be done in Shiva temple 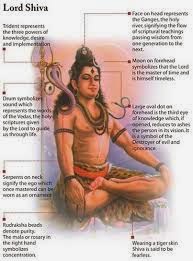 Circulation to be done in Shiva temple

Circular separation done in all temples. The circumambulation procedure to be done in the Shiva temple is different.

It is clear in the Puranas how to circumambulate the Shiva temple and what results can be obtained by doing so.

From near the flagpole in the Shiva temple, we have to turn left and go to the Somasutra (the way out of Shiva’s anointing water) behind the sanctum sanctorum. But should not cross the Somasutra.

From there you have to go back and forth around the flagpole again and come to Somasutra.

Doing so is l
ike completing a circumnavigation. Such circumambulations can be done by the devotees of Lord Shiva in an odd number of 3, 5, 7, 9 according to their strength.

The main rule in Sivapradakshina is not to cross the Soma Sutra. That way, no matter how many rounds you make, you will fall under one circle.