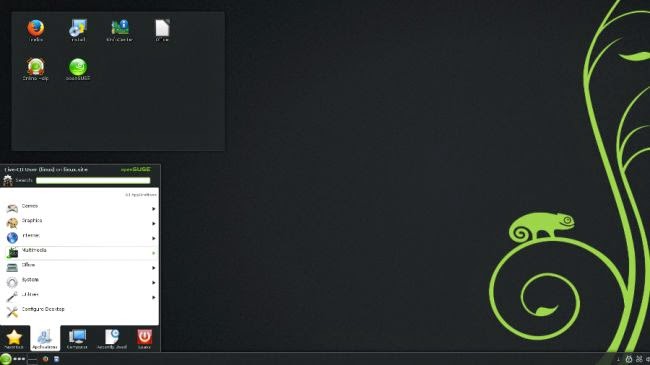 One of the most popular RPM-based distros, OpenSUSE, has shunned its KDE preference and now looks consistent across desktops. However, it remains one of the leading users of (and contributors to) the KDE desktop.
Its all-in-one management tool YaST (Yet another Setup Tool) can handle software installation as well as system configuration and administration. It can be used to configure just about every aspect of the system, from appearance to hardware. While it’s convenient to have all these settings in one place, it can seem a bit overwhelming and intimidating, especially to new Linux users.
Taking a cue from distros that feature a straightforward installer, the latest release of OpenSUSE features a very simple installer. Almost all the advanced options, such as setting up a printer and configuring LDAP, are no longer a part of the installer, making the process quick and more appealing to new users.
One of OpenSUSE’s most popular features is the ability to revert between two snapshots. A snapshot is created every time you make changes to the system with the YaST configuration tool. With the Snapper tool, you can then compare the changes and also revert to the previous snapshot of the system.
Another innovative feature aimed at new users is the one-click install system which makes installation of packages a breeze.
Verdict: OpenSUSE has taken major steps to be more appealing to new users. Everything from installation to software management is easier with the latest release.
Rating: 8/10
More than 100 Keyboard Shortcuts (Microsoft Windows)
Server Health Checks 3
Server Health Checks 1
Server Health Checks 2
How to Install a Custom Blogger Template