Good Reasons to Do Good Deeds
Allaah The Almighty enjoins us to remember Him frequently and perform good deeds because forgetfulness is a disease that leads to neglecting virtuous deeds. Allaah The Almighty Says (what means): {“And indeed We made a covenant with Aadam before, but he forgot, and We found on his part no firm willpower”} [Quran, 20: 115].
One’s good deeds should be based on one’s belief in Allaah The Almighty, and we must frequently remind ourselves of the reward for righteous deeds which encourages us to perform them.
A person should always remember that he has been instructed to compete in virtuous deeds. Allaah The Almighty Says (what means): {“Race with one another in hastening towards forgiveness from your Lord.”} [Quran, 57: 21]. Shaykh ibn As-Sa’di  may  Allaah  have  mercy  upon  him said, commenting on this, “One who hastens towards virtuous deeds during his life will therefore also hasten to enter Paradise in the Hereafter.”
The following are a few factors that serve as incentives to perform righteous deeds in order to gain blessings in this world and eternal reward in the Hereafter.
Attending gatherings with virtuous Muslims, because such gatherings remind the Muslim of his Lord, and encourage a sense of competition to do good deeds and keeps the heart occupied with virtuous thoughts.
Visiting charitable and humanitarian organizations encourages a Muslim to perform virtuous deeds.
Learning about how much our pious predecessors would cry whenever they missed out on a chance to perform virtuous deeds. The Prophet  sallallaahu  `alayhi  wa  sallam ( may  Allaah exalt his mention ) said: “The people of Paradise do not regret anything more than regretting an hour they spent (in this life) without mentioning Allaah.” [At-Tabaraani].Sa’eed At-Tanookhi  may  Allaah  have  mercy  upon  him used to cry if for any reason he had missed a congregational prayer. Ibn Mas’ood, may  Allaah  be  pleased  with  him said, “I never regretted anything more than regretting a day which passed in which I did not increase (upon) my virtuous deeds.”
Remembering that life is short makes a Muslim exert extra efforts in performing virtuous deeds; the Prophet  sallallaahu  `alayhi  wa  sallam ( may  Allaah exalt his mention ) said:“Rush towards the performance of virtuous deeds before you are afflicted with trials as dark as the night.” [Muslim].
Reading books that soften the heart, mention virtuous deeds and encourage people to perform them.
Knowing that encouraging others entitles you to the same reward as theirs, as the Prophet  sallallaahu  `alayhi  wa  sallam ( may  Allaah exalt his mention ) said: “He who revives a deed from Islaam (which people forgot or abandoned) gets the same reward as the one who (subsequently) performs it.”[Muslim] 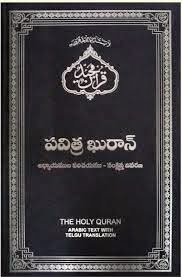