Five people died and 75 were injured after an earthquake measuring 5.8 on the Richter scale hit Pakistan-occupied-Kashmir’s Mirpur on Tuesday at 4:32 pm. The epicentre of the earthquake was 140 kilometres from Srinagar at the depth of 10 kilometres, the United States Geological Survey reported.
According to co-ordinates released by the US agency, the epicentre of the earthquake was located near the New Mirpur city in Pakistan-occupied Kashmir.
Tremors of the earthquake were felt in Delhi-NCR, Chandigarh, Kashmir, parts of Himachal as well as several towns in Pakistan, including Islamabad, Lahore and Khyber Pakhtunkhwa range.
The epicentre of the earthquake was 140 kilometres from Srinagar. (Image: Google Maps)
Soon after the earthquake struck, Twitter was filled with photographs and videos showing cracked roads and damaged vehicles in the New Mirpur city.
Mirpur has suffered extensive damage, buildings have collapsed, roads have been cut in half while roofs and walls of houses have also been destroyed. Areas extending deeper into POK like Kotli and Bhimber have also suffered to demages caused by the earthquake.
J&K DG Dilbagh Singh while speaking to India Today TV confirmed that “so far there have been no reports of damage in any part of Jammu and Kashmir.” Indian Army has also confirmed that there has been no damage to any infrastructure, including communication lines. 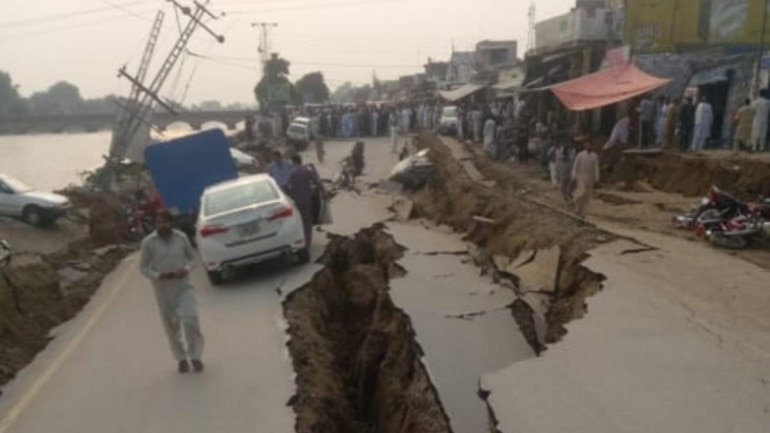 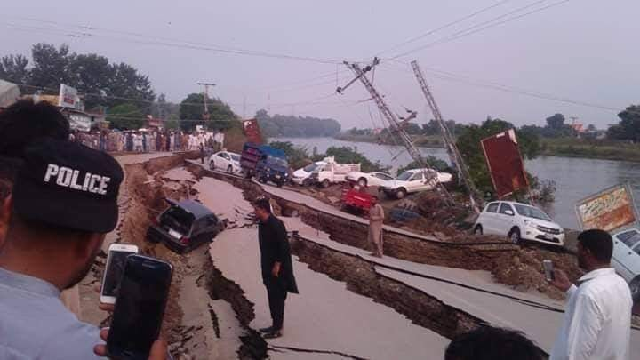